This part of the chapter focused more on behavior and responses.
At this point the girls have been on board almost two months and things are developing really fast.
I keep telling how much shorter life was so... even if we keep saying that today life is fast... it actually is slower. We get married in our thirties... work until we are 60... go to school until we are 22... in short we may rush through our daily life but we can take our time to make big decisions.

Don't be surprised that Romeo and Juliet fall in love in one night... life is short and time cannot be wasted.

Cassandra did something naughty naughty. She knows the truth about the doctor and that's all we need to know. I am not going to talk about his past until the comic is over and then I'll do the special about how the guys met. Right now we need to know that it was probably bad but he won't talk about it. 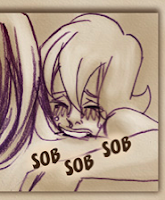 Castalia went through a lot in one night.
Clearly she knew from the start that she was not "the chosen one" and everything happens for a reason.
She tried very hard to make the man change his mind. When she doesn't try hard... that's when she succeed and she doesn't even know it. She was brave enough to listen to the whole conversation and confront the man right away... that's what makes her special, right?
But that's the kind of girl she is... unafraid of truth and she does not like to beat about the bush either.
Kane who, in a way, was always honest to her and never put a mask on because he does wear one... finally decided to come clean and stop hiding what he was hiding.
In the end she bites him, yeah, that bite is worth more than a thousand kisses and those are tears of relief in her eyes.

The XVII century was already very smelly, filthy and sticky (things will get worse in the XVIII century when people starts to cover stuff up with make up and perfumes - instead of taking a bath!). Bad odors... kind of disappeared from our lives after WWII, but before that (even though the transition between wars was not that bad)... the World was a stinky place, full of dirty people. How could people fall in love and be intimate with a smelly partner?
Well, let me tell you... everybody was stinky and so nobody noticed.
The very least you could think of, at this moment, is that the itchy chin really is nothing compared to the smell of sweat and the foul breath people have in the morning. Plus it's not like Kane might have soft skin... it's rough and "baked" in the sun. His hands are definitely covered by calluses and are pretty rough too.
But this is the first time Castalia wakes up with him and finds out his sleeping habits. He is completely defenseless and seems to be exhausted. Plus... he doesn't really wake up, does he? He just randomly answer to her questions in his sleep but kinda turn around and... snoooooooores back into slumber.
She really likes that!
Posted by dedasaur at 1:01 AM