I'm away for two weeks

Hi guys,
this is what is going to happen from august 25th to September 7th.

I am going to Beijing for 2 weeks and I will be programming releases while I am away - and hopefully there won't be too many problems (except missing links at the bottom which I will fix when I am back).

But in case something goes wrong please hang in there.


I will be releasing 4 pages while I am away on mondays and fridays (I don't have enough pages to release on wednesdays as well)... but there will not be an update on September 7th (cuz I am travelling back on that day). and probably I will be able to update again on september 9th.

I should be back with lots of sketches from China :D
Posted by dedasaur at 2:09 PM No comments:

Chapter 5 ended with Gemma talking to Kane.
Chapter 6 begins where we left off.

Now we know that Kane was in that corridor because he was running to get art supplies.

We did not see this scene happen in chapter 5, so chapter 6 does a little "rewind" and show us what happened - since he was supposed to enjoy a picnic in the inner circle - in form of a short flashback.

Circe's seems to be very amused by his reaction.
I think she is amused both a Kane's predictable escape as well as Ulysses dislike for Kane.


The "Hello" "Hi" beat is something these two like to do hahahaha.

Guess who started this tradition?

These guys! Check the whole scene if you don't believe.
When they say "history repeats itself".

Intentionally or unintentionally Kane is being himself here, not particularly trying to trigger memories in Gemma... but he manages to trigger one that is not linked to Castalia but to their previous encounter. 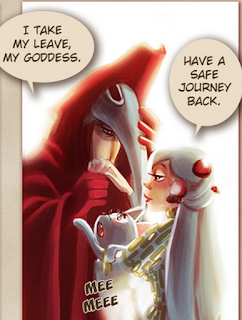 And then by being himself he manages to trigger a habit that is not connected to Gemma's memory but to Castalia's obsession with Kane's hair. 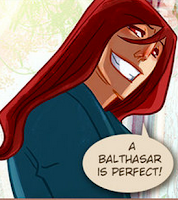 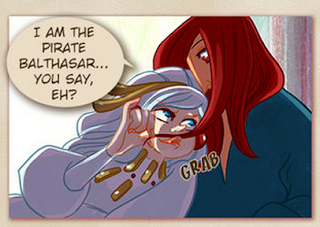 So, she may not remember being Castalia, but she kept some habits. Strong habits die hard.
Like getting Circe to read for her (like she used to do with Callista and Kane) because she cannot see that well?
How can she be the White Witch - an ideal, a project of perfection - if she cannot see?

Remember how Kane cannot bring in things that do not belong to him but he can bring presents...  so what was in this box? 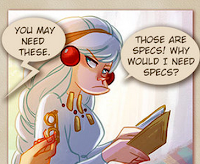 Oh, wait, but if she can't read... what was she reading here?

Nothing.
The pages are blank.

We discovered one of Gemma's little secret.
It's the same rules you apply when you travel - look busy (read a book on a plane) and nobody will bother you. 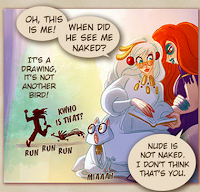 And remember kids, in art  you don't draw "naked drawings" you draw "nudes".
Nude is not naked is something artist would always tell you. Because nude is a definition of a form of art, like still life (let's face it, life isn't still either hahaha). So What he is drawing is a nude, not a naked.
Apparently Circe agrees with him. 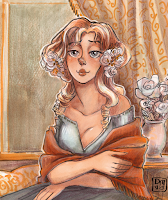 After this scene they walk down the galleries and see lots of painting of previous witches - for those of you familiar with my sketches... you may have recognized somebody else's portrait: Amelia.


Do you remember who Amelia is?

But Kane finds that the lady in white in the picture... looks exactly like his mom!

You remember this poor pretty girl, right? She is also, by the way, the reason why Kane prefers blondes, based on what Circe says afterwards.

As we discover that the poor pretty girl was, in fact, the white witch, we also discover what Gilbert Sullivan's role was in this whole story.

Why is he so upset with the Balthasars and why is Circe defending him to the point of saying that he was a decent man before the Balthasars came into the pictures.

In this chapter there are 3 reincorportations from the special called "Circe": her defending Gilbert Sullivan (giving away her true identity), her true appearance (she is blonde, which would make her Kane's type too), and a reference to the previous generation of witches made by Castalia (when she says that her mom used to tell her stories of the witches).

This is Circe saying to beware of Gilbert Sullivan, not her.


This is the real Circe, seen from the back. 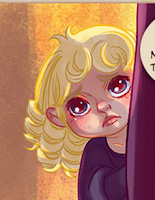 This is Circe defending her dad. 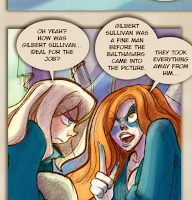 This is Castalia remember her mother's stories. Notice how Pandora is wearing the same outfit Gemma will wear in her first appearance... and the other sisters are the same ones in Circe's recollection. 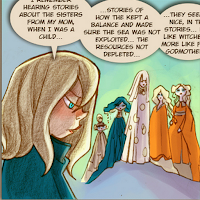 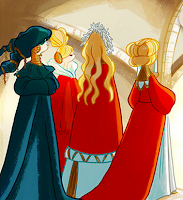 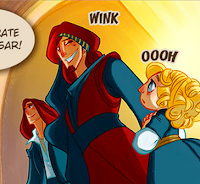 The boy to Cosimo's right is his son.
It's the guy Kane cannot hug.

One of the two Villy.


The sucker to the right in this picture.
The guy to the left being Castalia's dad, the dude in the middle being Gilbert Sullivan.

They are also these guys (mind how Villy Kane here has darker hair because Kane's memories are different)... who were fighting over...
...this girl! 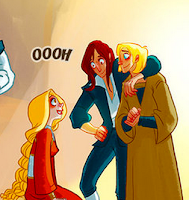 Are things starting to add up? 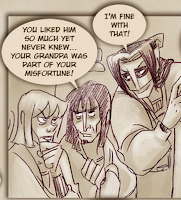 And here you have it... somebody already told us, back then, that grandpa Cosimo is not exactly what we thought him to be. 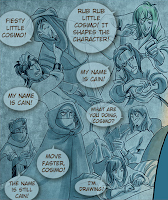 One thing Circe got right: Kane deep down always knew.

No matter how many lies have covered the truth about who he is (maybe to protect him), he always knew who he was.
Posted by dedasaur at 7:19 AM No comments: 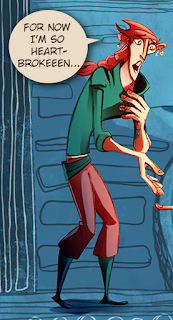 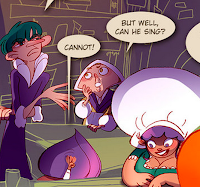 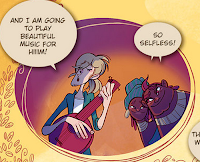 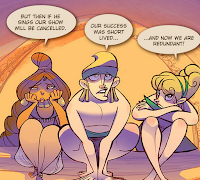 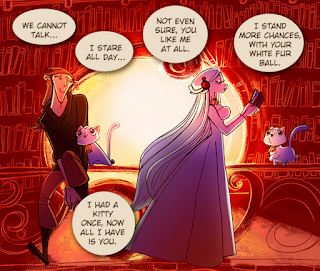 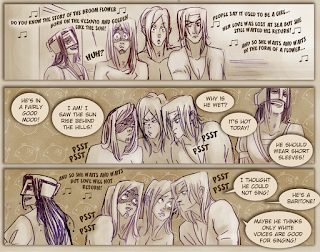 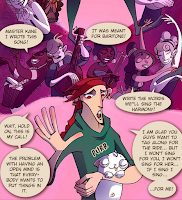 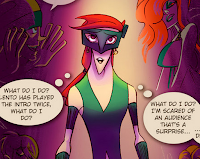 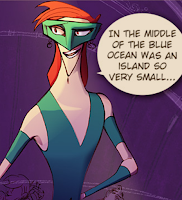 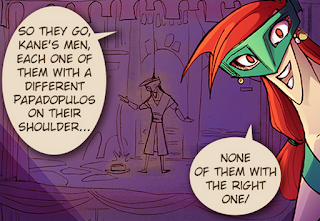 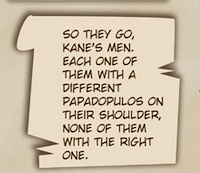 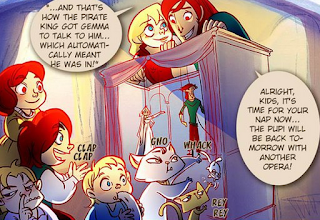