2016 marks the end of The Pirate Balthasar as Kane passes the baton to Cain.

I hope you enjoyed the promo: The Mark of Cain ne will officially begin on January 1st.

We do not say goodbye for good to Kane and his crew though, I will release some short stories on special occasions - I will make sure to keep you posted and inform you in advance when a new story is coming. 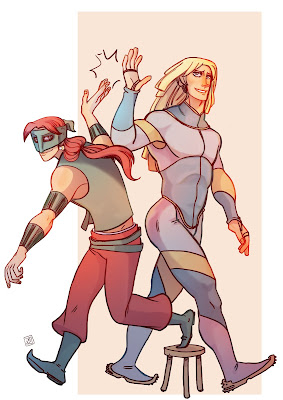 And in general : Happy Holidays guys! I wanted to thank those of you who stuck around in 2016 and enjoyed my stories, giving me words of encouragement during difficult times and lots of luuuuv’.

I wish you happy holidays and Happy New Year. May 2017 be good to you all.

Hopefully part of that good stuff coming your way in 2017 is The Mark of Cain (my upcoming comic. hahahah 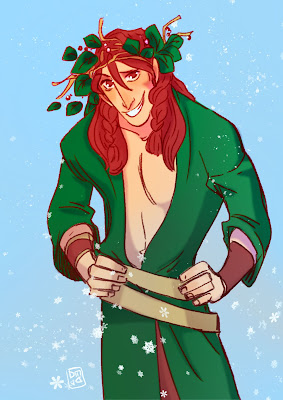 As you know Murder in Bologna is the final instalment of The Pirate Balthasar comic.
There will be some stories in the future but at the moment they are at the idea stage so it will not be the immediate future :D
I gotta draft them first.

What you need to know about this story has already been revealed throughout the comic:

1) This is a Prequel - it comes after All I have but before Kane becomes the Pirate Balthasar and before his meeting Cat and Foxy.
After this story Kane goes back home, finds that his grandfather has already passed on, becomes the pirate Balthasar for six years (finds Cat and Foxy) against the old guys' wish and after six years of quarreling with them he decides to put an end to diatribe by kidnapping Castalia. The rest is history.

2) In the final pages you merely saw what they talked about here: 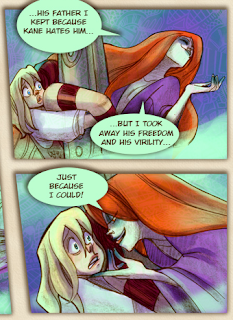 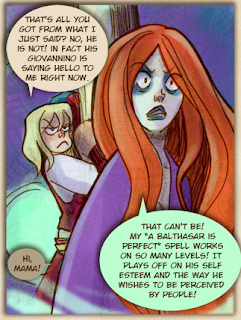 On page 58 of Murder in Bologna you saw Circe cast "a Balthasar is perfect".

Of course Kane comes out of the room looking and feeling normal, is not like people can tell or remember when Circe hypnotizes them.  That's because she uses scopolamine.

But this is what we see Kane do: we see him tie his hair in a pony tail, which is how he keeps his hair in The Pirate Balthasar.

So what you are literally seeing there is the birth of the Kane you know from The Pirate Balthasar series.


3) The pirate Balthasar comes after but you basically saw what they talked about here: 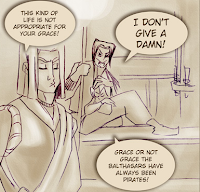 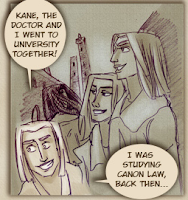 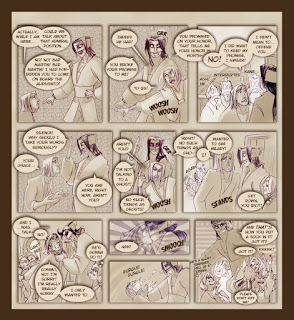 This is the same scene where we see Kane use the stool with Martin. Of course, now, we know why.

Posted by dedasaur at 1:05 AM No comments:

The Mark of Cain has started! :D

"It's you" - A fated encounter but not quite what either one of them expected. And more fated encounters to come in the chapter called "It's you!". Rebecca's timeline is going to be quite interesting :)⠀ ⠀ ⠀ The Mark of Cain has already begun here, with a little promo: https://tapastic.com/series/Themarkofcain
A photo posted by deda daniels (@dedasaur) on Dec 11, 2016 at 6:19am PST

Posted by dedasaur at 4:45 AM No comments: