A story is something with a beginning, a middle and an end.
As simple as that.

Now every writer has a different approach to this but let's face it: we all need to begin somewhere, explain something and then wrap it up... timing and delivery of the story are a personal choice.

The most common structure used in Hollywood movies is called: the three acts structure. 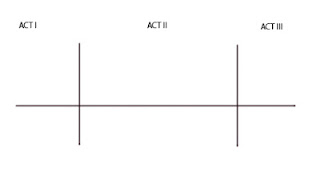 Consider your horizontal line to be the plot (or the line along which you assemble all the actions that take place during the story)... some people like to call this line: "story spine".

We said before that a story is something that needs: a dude, with a dilemma and how he deals with it.
We saw that we need a character, an environment a need/drive/dream for the main character and some form of conflict otherwise we won't have a story.

How do we use them and how do we create a plot from this?

I previously introduced the Hero's Journey as a quick way to list the events that need to be in your plot... take it as a shopping list of sort: do I have the ordinary world? Check. Do I have the supreme ordeal? Check.

But overall how do I know when things are supposed to happen and how? I mean the entire portion of the Hero's Journey called "test, enemies and allies" could be short or incredibly long, where do I place my supreme ordeal?

Let's use a simple metaphor to find the answers.
Let's pretend our story is like a train. 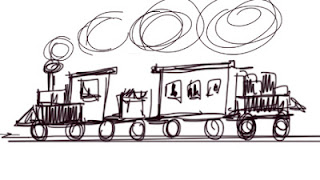 A train is made of many little "parts"... the front part - the head of the train - is the engine or locomotive.

In the middle we find passenger cars, wagon-lit, toilets, restaurant car and/or bar.
At the end comes the cargo.

Now let's pretend that this train has very little storage space in the cars and all the passengers are moving, not commuting, to a new town. All the things that are located in the cargo are determined by the presence of the passenger on board, their gender, nationality, age and so forth.

The Engine car needs a few things - fuel, fire a train operator - to move forwards.
In the middle section of the trains you see the passengers occupied in different activities.
In the cargo area you find their luggage and maybe their pets.

A story is no different than an imaginary train. 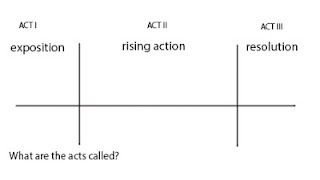 You need the engine, our act I or set up.
In your set up you have mainly exposition: you introduce the character (the train operator), his dream (the fuel) and the conflict (the fire, the spark that sets the engine in motion).

When you hook the cars tot he engine they move (if you don't they stay stationary): the act of hooking the cars to the engine is called Inciting Accident.
The inciting accident will lead us to our first major plot point. Thanks to this accident the story is set in motion.
In our hero's journey Goldie the goldfish dies and Pretty Boy's life cannot continue the way it used to.
He has to leave the ordinary world and enter a world of adventures.

This is where act I ends and act II begins. 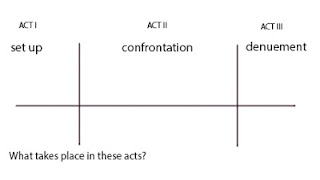 Now we need to encounter the passengers and witness all their activities... the ticket-man could be our ally or our enemy and a lot of little things are bound to happen.
This part is called Rising Action, it is also referred to as Confrontation.
Here is where the dude deals with the dilemma.
It's where he meets enemies and allies and go through tests.
This is where the character arc takes place and through the confrontations - and with the help of the tests, the allies and the mentor - the character changes and proves the stuff he is made of.

From the kid's point of view the story gets worse and worse and increases in drama as every and then is used to connect one action to the next one.
Those and then correspond to the those red spiking lines I called rising complications in the graph below.

Wait to hear how he describes his meeting with the principal or his being scolded by his mom. That would be a climax.

Definitely he comes out of this story with a lesson, every character learns one, that would be the elixir part in our hero's journey... and has he acquires new knowledge he is ready to go back to his everyday life, a changed person. 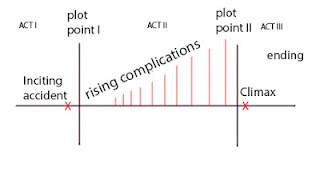 Act III is also known as resolution.
It is usually the result of the climax - the supreme ordeal - and usually dims little by little the tone of the story (the climax being the point where the story is most intense) bringing it to its natural ending.

Now, some people argue that the climax should end act II and not be in act III.
Other say it should be right before the final plot point and hence act III becomes very short.
You would find these solutions particularly in Asian and European storytelling.

I personally am of the church that believes that the climax concludes ACT II, is at the peak of rising complications and almost coincides with Plot Point two - as I like to match Plot point II with the "reaching the inmost cave" and sometimes it's not a little spark, for me, but something that is building up and not necessarily something negative (one could be more afraid at the peak of his/her happiness).

That's why structure are useful, their are great help as a guideline but one can always learn the rules and then break them to help storytelling evolve... as storytelling should always reflect the times and not stay stagnant for more than a decade!
Posted by dedasaur at 8:38 AM No comments: Links to this post

Apparently Chapter 8 was the most epic!
Anyways these are the scenes proposed all around and across the web.

Before I create a silly poll for this - how I love polls - would you like to comment on the selected scenes? ------ the number to the sides just shows the number of preferences. (not many people played) 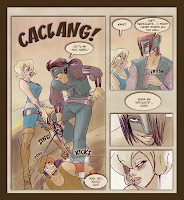 when Kane took off his mask - 4

The moment that Calli was climbing the rigging...and it broke and called for Cat... - 3

when Castalia survived the poison from the black coin - 2

Kane and Castalia's "wedding" with the fuzzy priest - 2

The Pirate Balthasar is a girl

When Castallia let it be known to her sisters that she was truely staying with Kane. "If she (Lio) decides to stay, at least that's one of you I won't loose." While holding Kane's hand.

The bath on 1st wednesday and then Pifo's description

The bit where Castalia thought that Kane was josh...

CPR with Lio and Foxy

Wes telling Kes he loves her at her worst

The claiming of castalialand and Kane laughing

Captain Steeves realizing he is in love

"How is the doctor doing today?"

"the birth of the evil society"

"to really love someone you'd need a lifetime"

Donuts rain from the sky

Kes snapping the spoon as Wes turned the charm on in the Alidivento kitchen
Posted by dedasaur at 2:07 AM 1 comment: Links to this post 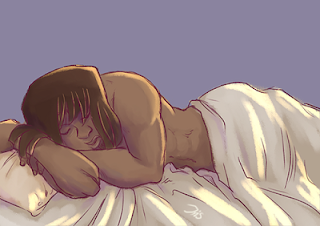 I found this very nice fanart on tumblr by Shiriart (click on her name to follow the tumblr)
It's very nice to stumble upon nice words and illustrations such as this one while searching for something else on the web.

I think that's her art tumblr (I assume she is a girl) there are a lot of other drawings on it. :D
Posted by dedasaur at 10:54 AM No comments: Links to this post

Hi, I know I haven't been active recently, I work 12 hours per day and haven't had the chance to blabber as usual.
So I recently received a fan art and did not have a chance to post it.

Here it is... byt koorihimesama.
You can visit her DeviantArt page here. 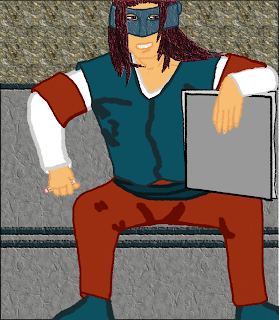 Posted by dedasaur at 2:01 AM No comments: Links to this post