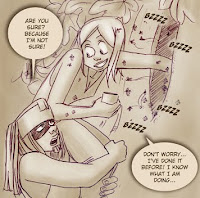 How does she manage to do that? O_o

It's not completely impossible but it's better if a) you don't talk, don't breathe, don't fart XDD). b) don't sweat.

This beehive, though, is acting quite strangely already - because bees don't fly at night - so something might have affected them.
This episode is based on something I saw a friend of mine do.
Bees only sting when attacked and when in a state of confusion they just fly around you like... stoned or so. That's why beekeepers smoke them to create this state of confusion that makes them almost completely harmless.
When a bee stings you she releases a pheromone that will tell all the other bees who to sting.

My friend was telling me, while quietly taking honey out of the tree, that the bees were probably acting strange because a new queen bee was born and they were swarming away. My personal opinion was that the bees were abandoning the hive because the tree had filled with water and the hive was rotting (in fact the honey tasted bland).

Anyways, if you ask me what I saw was pretty amazing. My friend kept saying he had done it many times and that bees could not see him as a threat... he said that it's the same for snakes charmer and stuff. I don't know how much of that is true, Italians are quite the boastful type, my guess is we got lucky or... he is very good a spotting stoned bees.

Remember, kids, don't do this at home.

What Cat says it's true: you cannot climb a fig tree.
My grandpa always said: fig branches are traitors, they will drop you when you least expect it.

By the way, fig trees? I have more than 16 of them, they are all different. Figs are the best! 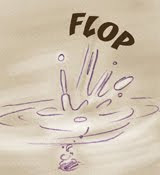 The sea is pretty mean to Kane here... instead of going splash or splunf he tells him: flop.

can you remember what illustrator inspired this panel? *_*
I talked about him in one of the post dedicated to Famous Pirate Illustrators.

Frittelle. (there are stacks of pancakes in that page too, for some reason, ignore them XDD)

Frittelle are different from Region to Region. Somehow people like to compare them to donuts but the consistency of the dough is very different.
I find doughnuts to be quite dry compare to frittelle or ciambelle (which are the ones Wes and Kes still fight about). The consistency of the dough is chewy and moist on the inside, crunchy on the outside). They can be covered in sugar, filled with cream or dumped in honey.
As I was saying in a previous post fried food was considered somehow "fancy" so frittelle are only made in special occasions, like Carnival (p.s. whatever Wikipedia argues: carne vale also means "meat is ok" because you can only eat meat up until Fat Thursday, then Lent starts and is carne vale no more!), or Saint Joseph (father's day). So they are quite the treat! 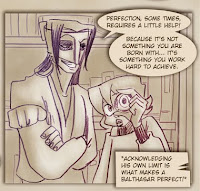 So Castalia is farsighted.
That is a bookworm's nightmare.
The thing is, when you can't see things close to you and have to put a book at arm length, life becomes pretty difficult.
She can see better than regular people from afar. My dad, who is far sighted, can spot a sparrow flying kilometers away XDD (almost). When it comes to reading... he hates it! His eyes get tired easily, he gets headaches and stuff. So he doesn't like to read, even though he likes to hear me summarize book to him.
Even though he has reading glasses I had to buy him a magnifying glass.

Even though spectacles already existed, what Kane is giving to Castalia is a reading stone.

It's a better solution, it enlarges the letters (grandpa Cosimo sure knew his stuff), it's less heavy on the eyes too (consider that optometry was not super precise yet).

For those of you who asked if it was a monocle I can only add that monocles were invented in the XVIII century and became truly common only in the XIX century. That's why you never see older paintings with people with monocles but tons of illustrations from the 1800 with men using them.