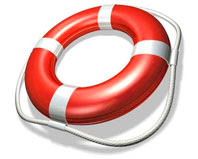 The first case was explained in the chapter itself. Consider that the Alidivento is a small ship and the Mediterranean is not completely an opened sea so it may have strong winds but does not have huge waves. It is also saltier than an Ocean (and salt help people stay afloat longer) and it's warmer (so hypothermia would take on slowly).
On an Oceanic Vessel a man overboard was doomed. I might have mentioned this before but most sailors didn't know how to swim. You stay on a ship, what would you need swimming for?
Taking baths was also not considered to be a healthy habit so... water was not even contemplating for drinking, most of the times, let's say it's something you sail upon.

In our case, although Foxy's recovery is placed a few panels after his fall... you have imagine the Alidivento maneuver, come about and do a large circle to go back and fetch its pilot. So we can probably imagine, instead, that the guy either grabbed onto one of the ropes floating along the ship or maybe he managed to stay afloat long enough to be rescued.
In our story we cannot let Foxy die: he is the pilot, he is good at it and he is Lio's boyfriend! We need him!

But the episode helped us start the relationship between him and Lio plus I used it to go "History Channel" on you and tell you about "man overboard".

The second case is the insightful incident that sparks Westley's love interest for Kes.
I could have used anything... a cold... dermatitis... diarrhea... but we've been on this ship for a month already (well, almost a month, right?). When you move into a new place there are a few things you need to do to settle down: buy toilet paper, pots and pottery, towels... you get a bank account, a phone line, the internet... Once you settled a month is gone by and you finally get to explore.
Volume 2 will explore.
Of course there isn't really much to be seen on board of a ship... except the people who lives on it.
Because of that the first chapter is a captain's log. By the log we'll definitely learn to know that Kane is very observant and that Westley probably opens up to him a lot.

I am warning you, I won't tell you everything directly, a lot of things I'll hint to and you'll have to piece things together yourself. I believe that's how life works and I want to reproduce that.
It will feel weird, at first, but trust me... eventually all the pieces come together, they just do it when they need to do it, it's more gratifying that way.

Anyways let's go back to our exploring people. We saw in the first volume that Wes is a doctor, he has his sick-bay set up in his cabin and takes Lio as a nurse. We heard from Cat and Fox that he can be scary and can even give orders to Kane or override his orders and revert them.
It's his medical dictatorship.
We needed to see the doctor at work (you cannot just say "I'm a doctor" and just leave it at that, right? Otherwise why put a doctor in the crew?).
I always believed that the surgeon had a reason to be the second most paid mate on board. Westley was born to show that! 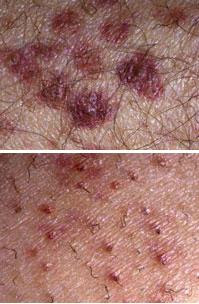 Now, when the girls arrive on board they are probably malnourished. Cat noticed that, Kane noticed that... Pea and Kes stated so. I had to keep the medical visit short - in the original lines Westley checks Kes's neck and teeth, it wasn't useful to the story, visually... so we only see... the pus.
At this point of the story Wes still hates Kes - oh, hate is so closed to love! - but because he looked stern and serious about his job and she decided to trust him... his attitude changes, becomes "professional" and he acts like a doctor should.
He understands it's not the case to say: you are scorbutic - in most Latin languages that also means: you are not kind!
No offense, she is not kind to him but just say it so, bluntly, in her face while she faces a serious illness... would be indelicate.
Plus it's possibly an early stage... no teeth fell off, no blisters show up on legs and arms... and probably it's just a dermatitis and nothing more.
Still it is better to prevent, rather than cure... aaah, and that's the cure: the magic lemon.

Using lemon or lemon juice on sailing boats has been known and forgotten and known for... centuries. Wes knows that lemon help prevent scurvy. Does he know it's because of the vitamin C? No, he doesn't... it's ancient wisdom. The history of the Jewish Physicians is very long, there's a nice book about it, you might find it interesting.... it's very amazing and, unfortunately, also very sad.

p.s. somebody mentioned limes on SmackJeeves, and that was actually a good question.
Limes were used mostly after the 1700 and in the Eastern/Caribbean and Asian Seas. As I said on SmackJeeves we probably had limettas coming from Persia but not limes in the late 1600. The lime was first mentioned by Sir Thomas Herbert in 1677 when he referenced a site near the coast of Mozambique. Our story takes place about 15 years before that. Also... we are in the Spanish Kingdom (Spain, Sicily and Naples all belonged to the King of Spain)... I'll post a map... here!

There are a lot of little islands on this side of the sea and we are island hopping right here! :D Between Sicily, Spain and Sardinia... (of course we went to Greece to fetch the girls but that was our man going out of his way to get the wife). We'll see an island with black rocks and shores... probably Stromboli! (I renamed the island though ;P) We'll try different Italian and Spanish foods and wines.

Now, Sicily has a valley known as "la conca d'oro" - the golden bowl - near Palermo. You'll find huge, delicious oranges, tangerines and lemons there!
That's why Wes uses lemons and not limes.
Posted by dedasaur at 7:57 AM