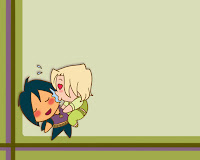 Oh, I finally got around to do some more of the chubby pirates.
I still had Lio and Foxy left out of the batch... So sad.
Anyway... as you may have noticed I put up our little fan club poll.
This is more like a census... I am NOT trying to figure out not only who is more popular but how popular they are... with people.
If you like more than one guy, though, you can pick the option "Other" and then write down in the space: Cat and Foxy (for example). I'll split the vote in half between the guys you picked but they'll only get half a vote! :D
You can only vote once! The poll is supposedly IP regulated...
Consider it like this... you are registering to the fan club of your favorite character! :D
Posted by dedasaur at 3:03 PM

Email ThisBlogThis!Share to TwitterShare to FacebookShare to Pinterest
Labels: Freebies