I finished the clean up and will start rendering today - after work.
I am sorry for Foxy, Josh and Castalia's fans but I will have to keep you waiting for their paper dolls since I need to work on the comic first and scanning the drawings takes a while.
So, since I don't have a drawing for you to play with, today... I want to talk about my favorite Pirate Illustrators.
I'll start by taking a distance by a certain type of art... not because I'm snob or deem myself cooler... It's just that when you'll see the Origin of Love it's hard to accept surrogates.
The web is full of pirate illustrations as the sea is full of fishes.
His blog has a cute take on illustrations! (Aside from the fact he starts off with a Pierre Alary's drawing: lads, there's no competition there) - Lol he made a top ten pirate movie list too! XD
These dudes instead list what I would never pick... I honestly don't really like any of the illustrations posted (except the chubby pirate at the bottom that is super adorable and the one at the top that looks like a European comic - the animals are interesting too, nice shot.) because they look "been there, seen that already" and/or "I can't live without my smudge tool" digital. Objectively : they are all nicely done, wonderful drawings with effective stands and cool characters... Personally: I don't think they look so original... they are something else's echo... in fact they all look the same to me (colors, faces, poses, looks) it's an after image effect, post Johnny Depp shining appearance - that's why my eyes scroll and don't stop.

- please keep in mind that I am not saying this as a fellow artist but as a Universtiy Instructor and that I always recommend my students to be their own voices instead of somebody's echo -
I'll show you the voices who created this echo!

Marooned. Why is the rhum gone? My thought exactly. Look at the composition, how the guy sit alone, on a flat horizon, small against an empty sky... a spot on the sand. Look at his gesture and how desperate he is... left there... with a bullet in his pistol and nothing left to do but die, one way or another... 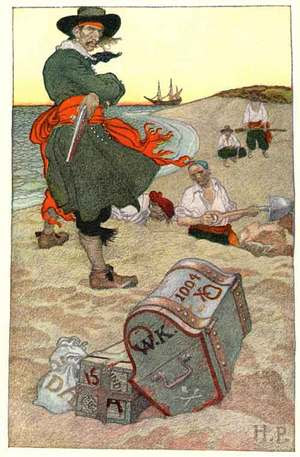 The True Captain Kidd - Kidd burying his treasure. Here, look at the costumes this man draws on his pirates... you'll see how Barbossa and Jask Sparrow are not figment of sheer imagination... whoever came up with those characters knew his/her Howard Pyle.
Consider that the Red drawing at the top of this post is absolutely the most possible source of inspiration for Disney's Captain Hook. 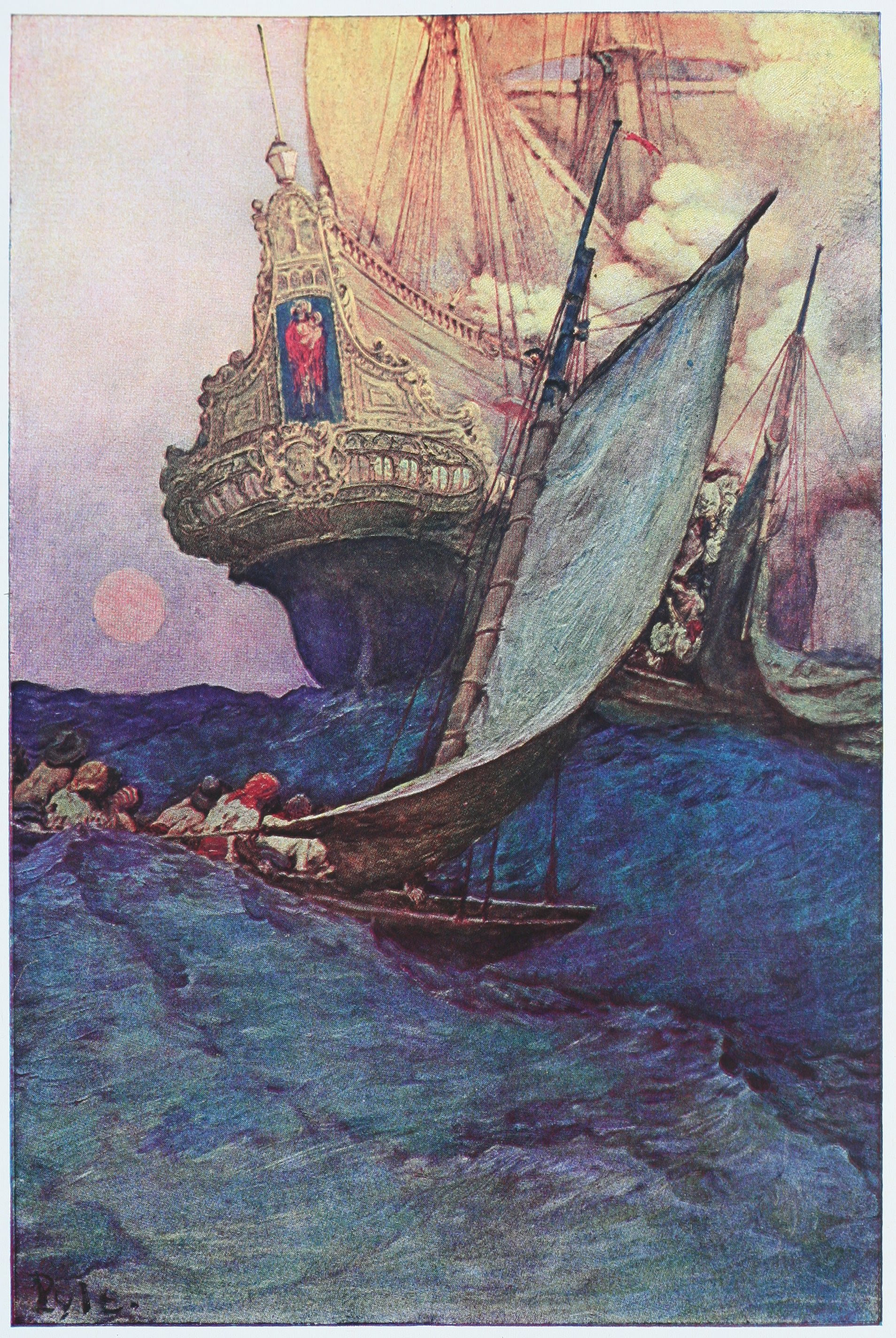 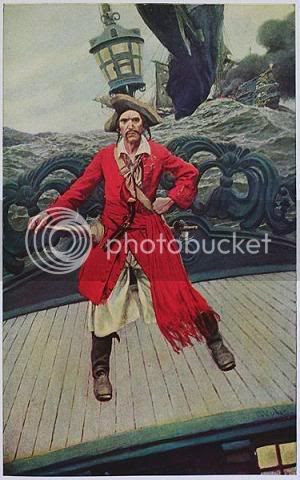 The Ruby of Kisshmoor - Captain Keitt. 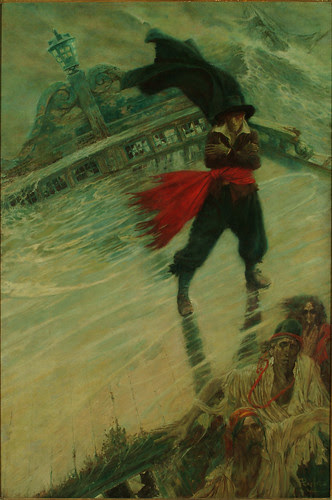 The Flying Dutchman. The real deal! Fokke or Van der Decken... who knows? Absolutely not Davy Jones... anyways. We do know, now, that the Flying Dutchman is not a cursed ship but a mirage, like a Fata Morgana, appearing at the horizon due to the refraction of the light in the heat - like a superior image, the ones we see in summer. Back in the days a superior image must have been a superior way of getting scared LOL.


This store sells prints and reproductions of his famous illustrations.
Can't you see how some of them have literally been pillaged by the movies?

Now I am going to show you my very favorite!

Yes, yes! The fakest pirate imagery ever: walk the plank! But, oh, such class!
Look at the composition, this wonderful up-shot and the details! (No sharks in sight, though LOL).
I love this man!

Next time I'll show you NC Wyeth!
Posted by dedasaur at 10:09 AM