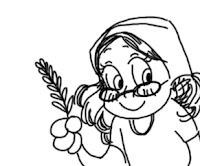 In our previous post about "What ifs...?" I mentioned the importance of picking a theme and a thesis.

The two definitely walk hand in hand since the thesis is your opinion about that theme. So let's say you want to talk about the environment then you'd have to develop, in your story, your thesis about it... for example: if we don't do something about the environment we'll kill the planet.

Usually a theme is something you can summarize in one word: perseverance, environment, mourning, loss, freedom. The reason why you pick a theme is because you want to express an opinion about it. If your story does not come with an opinion... it's not really worth reading and that's my opinion (LOL).

It is very important to link your theme and thesis to the character's goal/dream and to the conflict, as well, but we'll talk about dream and conflict in the next post. 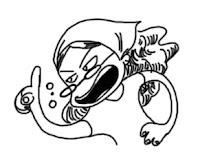 Now we need to talk about thesis because thesis are pretty tricky.

As I said: the thesis reflect your opinion on the matter/theme chosen so chose it carefully. Let me mention the example again: if we don't do something about the environment the planet is going to die.

The tricky part is... there are antithesis!

So somebody may answer to your thesis with a: this planet is a rock crawling with life! Life is stronger than anything. If anything, by destroying the environment, we are only killing ourselves and maybe that's not such a bad thing after all. This planet is better off without us.

Because there will be plenty of people whose opinion will diverge from yours you have to make sure you plan ahead and create a response to every possible antithesis... sort of like... predicting an attack and planning a counter attack or a plan B.

How to counter attack such an antithesis? Something like: that is true but it will take the planet eras to heal and nothing guarantees we won't come back and do it again and again! So are we really here, stuck in a loop, to torture the place we live in or can we do something about it? Are we here to live as bacteria or can we live in harmony with the environment and stop this process of endless pain and sorrow for good? And just because I won't be there in the future is that an excuse good in enough not to cherish here and now?

Now these kinds of disputes can go on for ever but you chose how and when to deliver all the possible thesis and antithesis along the story before your audience vomits sentences on you and you should be quite alright. Especially if you state your main idea early on, embed in the hook and in the narrative compromise, the fault will only stand on the shallow mind sitting on the other side and you can proceed scot-free: you performed your duty.

For now I end it with theme and thesis because there's a lot to think about. Just remember: you drop a bomb in deep waters and shallow fishes will come belly up. But deep fishes will see it coming.
Use your bombs well and aim for deep fishes.
Posted by dedasaur at 3:24 AM

Mmmm... I had sort of heard about the observation, understanding and experience from the other post (and the goal/conflict from the next one, I guess), but this theme and thesis thing is quite new for me. In hindsight, I can find it easily if I analyze the stories I've read/written, but I suppose being conscious about it is going to play to my advantage in the future.

Ha, ha, I really should document myself on the matter and stop waiting for the information to come to me!