Italo Calvino once said: "A classic is a book that has never finished saying what it has to say.”
I have to admit that seeing people re-read Balthasar makes me truly happy. The comic will make more sense in the beginning once you reach the end. I am not going for classic, though, dear God no! You'd need to be a genius to do that... I am just trying to have some fun.
But today I thought I'd tell you about one of the things that inspired the relationships between the characters. I like Calvino and I love his books... all of them.
The Baron in the Trees (forgive me but the title sounds horrible in English T_T because in Italian it's called the Rampant Baron - which refers both to rampant and the fact that he lives on trees) talks about love... a lot!
Some of the things that happen between Cosimo (apparently Calvino loves Cosimo de' Medici too XDD) and Viola are truly amazing.
So writes the author: 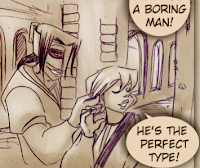 "So began their love, the boy happy and amazed, she happy and not surprised at all (nothing happens by chance to girls). It was the love so long awaited by Cosimo and which had now inexplicably arrived, and so lovely that he could not imagine how he had even thought it lovely before. And the thing newest to him was that it was so simple, and the boy at that moment thought it must be like that always."
Or:
"They knew each other. He knew her and himself, because truth be told he never knew himself. And she knew him and herself, because even though she always knew herself, never could she recognize herself in such a way." 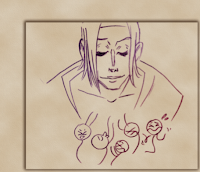 At one point the say the opposite of what they think and they risk big time... their love become cruel.
"- Why do you make me suffer?
- Because I love you.
Now he became mad: - No, you don't love me! The ones who love want happiness, not pain.
- The ones who love only want love, even at the cost of pain.
- You make me suffer on purpose, then.
- Yes, to see if you love me."
Makes sense? Keep this in mind it will answer to a lot of questions especially for the next release! :D
Posted by dedasaur at 1:46 AM