Why the long hair? 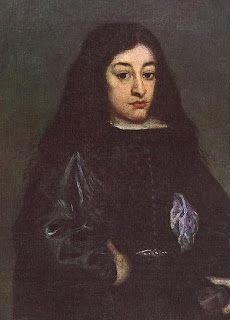 I hate to break it to you but people were just as slave of fashion back in the days as we are right now. If you are good at hinting, by these pictures, I am telling exactly in what time period I've set this thing... although I don't think History will ever show up in a dominant way, I doubt we'll see any in the background either (I usually do hint at History but Piracy was a world of its own and unless History came to Pirates - in the form of a fleet or a battle, like in the Andrea Doria case... - it's very difficult that pirate would care for History!)

The age I have chosen is an age of big economical and political crisis, just like right now!

Piracy was a solution! But now, let's talk about looks:

I have chosen a basic Spanish fashion because the South of Italy and the State of Presidi back then, belonged to the King of Spain and Rome to the Pope. 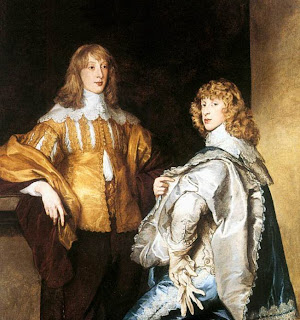 I have chosen this particular look with the hair split in the middle because it was more popular in Spain and I also chose the one with fringes to the sides (although Cat does have a straight fringe/bangs under his band) like the one these boys have... for this is more of the look you'd see up North.

Well considering that Foxy is emo his bangs cover his eye! That's partially to make him funny and give him character... I also exaggerated his girly features cuz they go well with his hypochondriac syndrome. 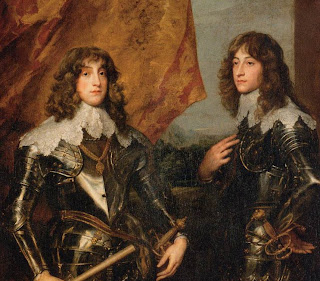 You might not believe me, and that's why you'll get to see him... but Westley has this kind of hairdo too, he just keeps his hair braided because he needs to work and hair would go in his way.
His hair is wavy and long kinda like the boy to the right.

As you can see "manly" is not in fashion!
And you may say: what do pirates care about fashion?
They don't but an historical trend is an historical trend and barber and seamstresses and tailors would work according to fashion no matter what.
If you consider these guys wear stuff they steal and do like to go around towns when they have a chance... they like to look normal every once in a while too.

Now Cat and Foxy look like sailors and it's okay but Westley, for example, has to go and shop for medicines and books to the apothecarium store. That is PART of the reason why he dresses normally, almost like this guy to the side (but in a more practical way) even when he is on board and keeps normal clothing.

So now you know why the guys have long hair and, I can tell you, it's not my whim since it's such a pain in the butt having to draw long hair... always swinging and waving around with motion! 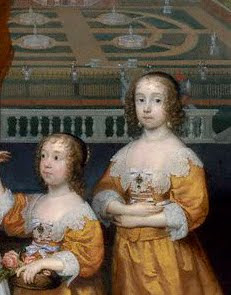 Now, for the girls... maybe this cute little girls can tell you where Cassiopea hairdo come from!

She is the only fashionable one! The others don't care very much and soon they would care even less... as something very drastic is going to happen to them!
Posted by Bau at 12:12 PM

*drools at the Van Dyck* *_*
I completedly applaud you at the historical consistency within your story period.
*discard Serious Comment Hat*
Hair is pretty, long hair is fun (well you know how much I like to draw it . Too much I'd say :D ), the more it moves according to the motion, the better. oh, flowing locks *_*. Seeing as there will be some loose hair Westley moments in the future I'm starting to combust already. Darling goldilocks Doc :D. Also, art allow us to conventiely gloss over the lack of hygiene and shampoo back then, unless the plot calls for it. No ringlets dripping with grease/oil... mostly XD.
I keep wondering what will happen to the girls for wanting to cut their hair though. Are they trying to pass off as very young guys? A temporary sell into slavery? O_O