The Odyssey of the Portraits 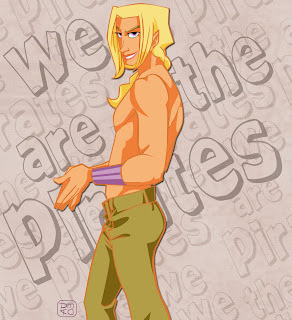 So I wanted to started a new set of illustrations using the old background that says: we are the pirates!

But I could not find the file so I ended up using a very girly background LOLOL.  Then I also realized I don't need full figure but mid shot. LOLOL. I actually had planned to start with Kane (of course) but because I had been inking the Kane/Castalia one for the website... I had to get away from red for a little bit so... blooondieeee come to meeee.

So coming up next is Kane, followed by Cat, Foxy, Josh, Pifo and I might do a Callimaco as well from when he was a pirate too. 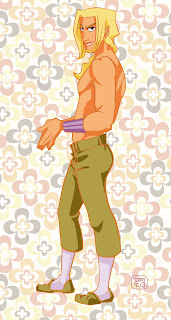