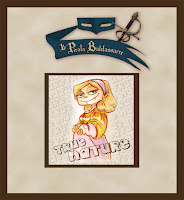 It's finally time to release the second artbook!

This is a collection of the illustrations I have done last year for the Pirate Balthasar.

The next thing I will compile together will be a FanArtbook collecting all your work! :)

Maybe after we're done with the second anniversary game we can start a new one: come up with the fanartbook cover :P

So here we go. Here's the second Artbook for The Pirate Balthasar. There will definitely be a third one as I still have a quite a few sets of illustrations to complete and I did not include this year's halloween's drawing in this one.

The Artbook can also be downloaded here... the link will be posted in the right column of the blog as well.

Email ThisBlogThis!Share to TwitterShare to FacebookShare to Pinterest
Labels: artbook