I thought I'd write the curiosities for chapter 2 before I finish chapter 3 - and dear me I almost did not make it on time. Let's begin. The chapter opens on The Pirate King's ambassadors. 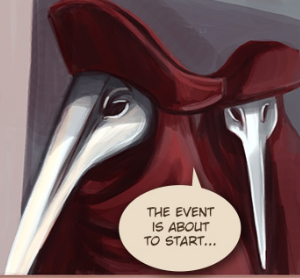 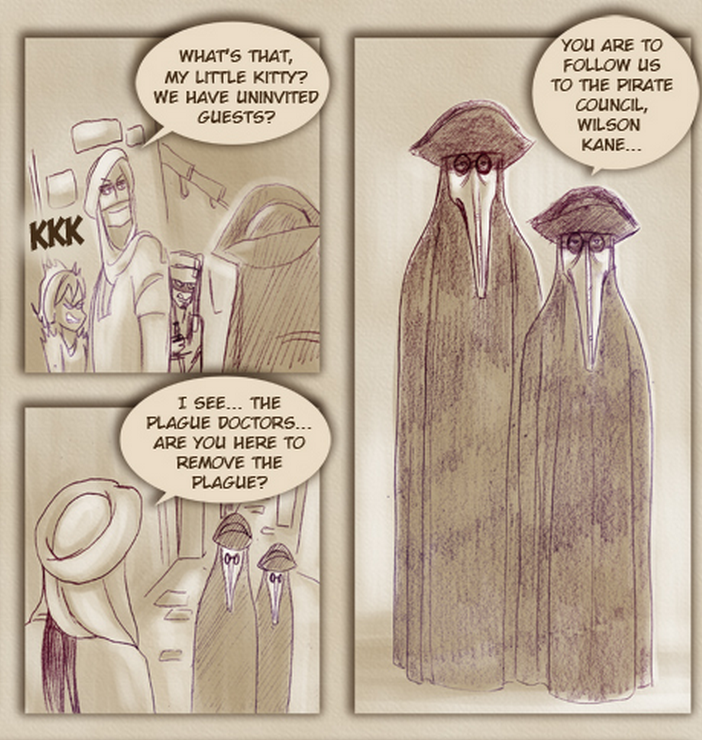 Now, if you remember we had already see these guys at the end of The Pirate Balthasar - Chapter 20 - and they were sent by Gilbert Sullivan who wanted to summon Wilson Kane.
Back then Kane makes a joke about the plague. Interestingly enough Circe says something similar... but then she is also the one who explains why the ambassadors go around dressed like that...

I guess pirate Kings and witches always had a relationship that Facebook would define "complicated". Circe probably never had to strike a deal with Pirate Kings before... as she liked Gilbert Sullivan as King. 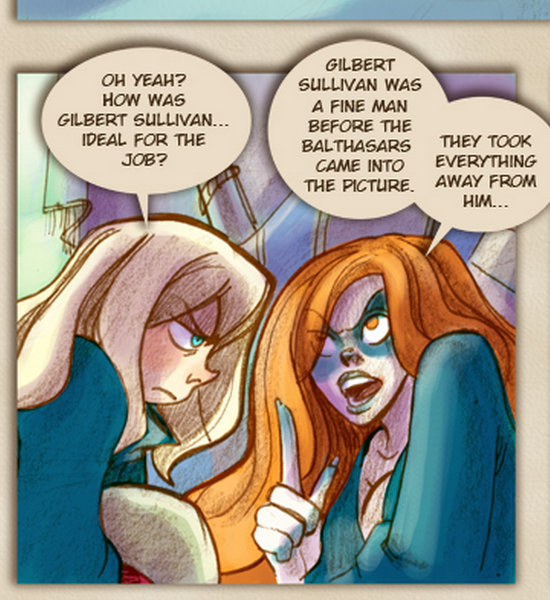 Nevertheless the ambassador's official costume tells us that Pirate Kings are always very careful around witches.

The ceremony is based of the so called Trionfi - an example of triumphal entries can be still seen in those Palio and Renaissance like festivities were people parade in costumes, on horses and floats. We still have a lot of those in Italy.   I used the Palio di Siena as a reference.

I myself did not know what the ceremony was about until this happened. I always planned this scene to be a ceremony to introduce the new White Witch... eventually I realized that all those drawings where Gemma was going from Sacred to Profane were messages from the character itself: I am actually going to pick either sacred or profane by the end of the ceremony.

That caught me by surprise and I almost missed that... but the moment her body art was smudged and Gemma freaked out I realized what was happening and I pushed it. 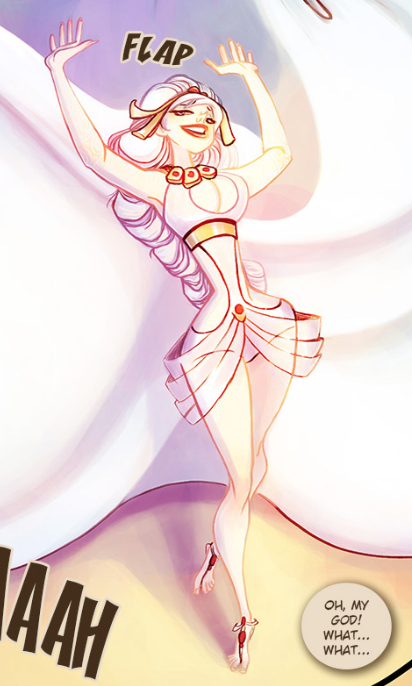 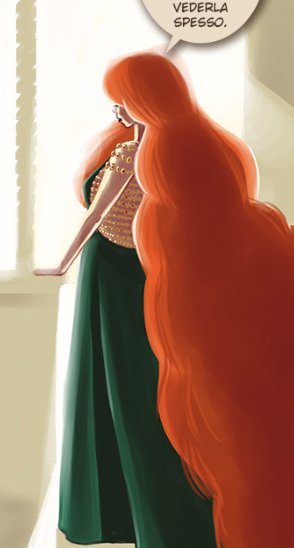 A lot of people commented and resented Gemma's looks and proportions. (btw her costume is based off different tribal costumes from different Regions of the East). I don't know what else to do anymore - except for dropping more clues and have the character saying it more and more - before I can convince you that what you see is not real.


Circe's hair keep changing and, I mean, she even chose not to show her tattoo to the ambassadors... her features change too and at times she looks mature and other times she looks young and even Gemma's feature and body proportions float around a lot.
Kane and Castalia had discussed about this in the past. 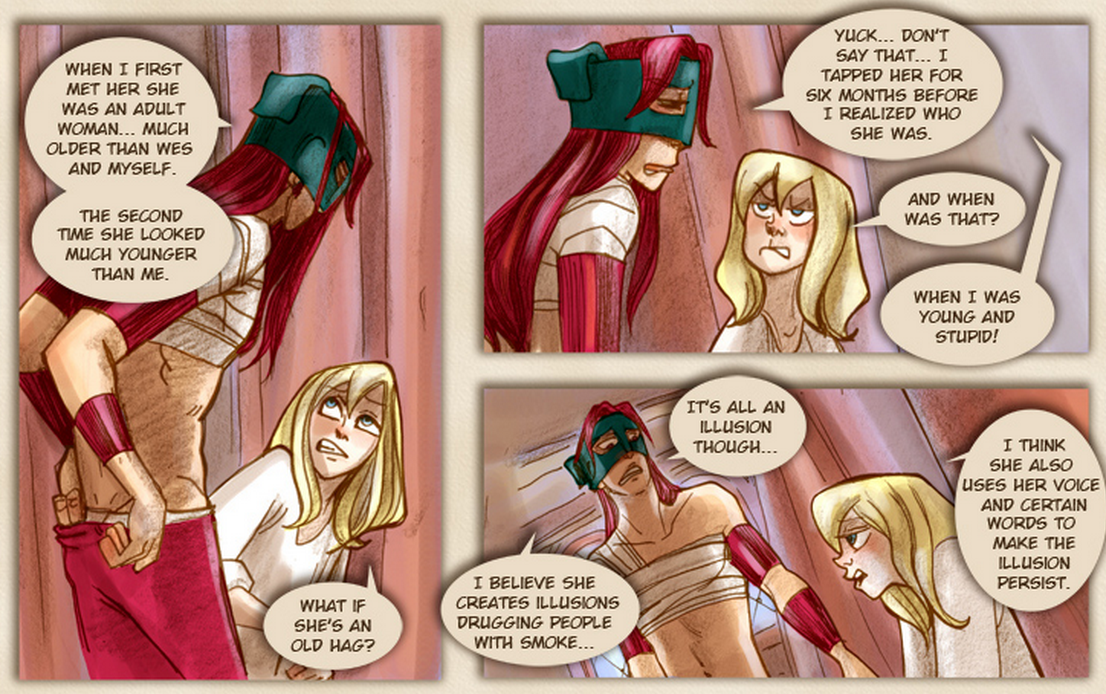 We saw glimpses of the real Circe too (she is a blonde) - also do remember that in this scene we discovered that Circe is indeed "an ex", so don't be surprised by some of the "civil" interactions happening in chapter 3 (after all, Kane just surrendered to her so he cannot be hostile). 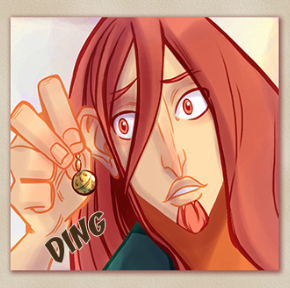 So Gemma is a projection and a reflection of people's ideal of beauty.  Two different people will see her as two different women. Whose ideal are we seeing in chapter 2? It's Kane's. He is so taken by the illusion until, at one point, Colapesce's earring resonates with Gemma's notes and bring him back to reality and we finally see Castalia again... oh, man, Gemma's illusions must be really really powerful and it's using more than one sense at a time. 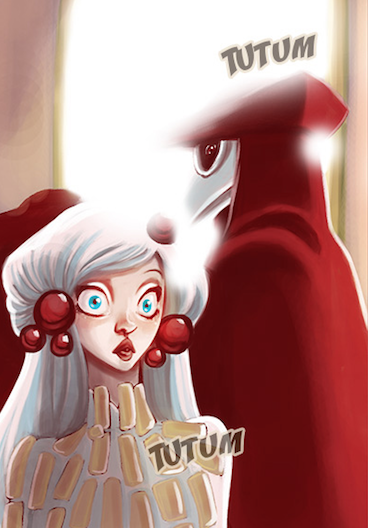 Now, Kane... we know him for being the kind who acts strong and put up a face but then ends up being carried away but his own emotions.

And so when he crosses path with Gemma he warns Wes (yes it was Westley XD) to keep calm... but his heart skips a bit.

Ah, this is where Circe's spells backfires... Gemma would not have stopped unless her heart had skipped a bit too.
These two are still bound by the One Flesh illusion.

This is going to be fun.

By the way... this cat, like Lorenzo, doesn't quite meow.
Pau Pau means "carry me" - I live in Asia, this is what little kids say when they want to be carried XDDD

It was a silly joke hahaha.

The other silly joke was... Circe being caught unprepared by the visit and so... she is not wearing a fancy dress.

It's not important for the story, of course. It's just me being silly. 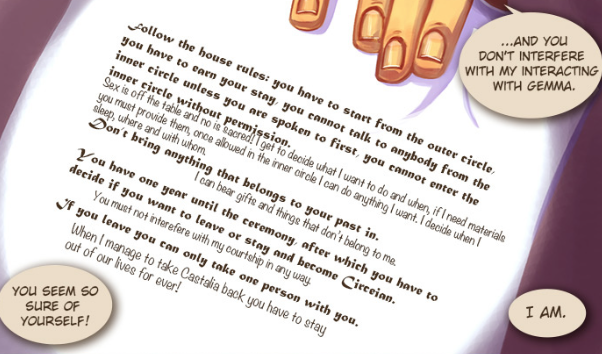 In the end, all there's left to say is: remember this piece of paper.