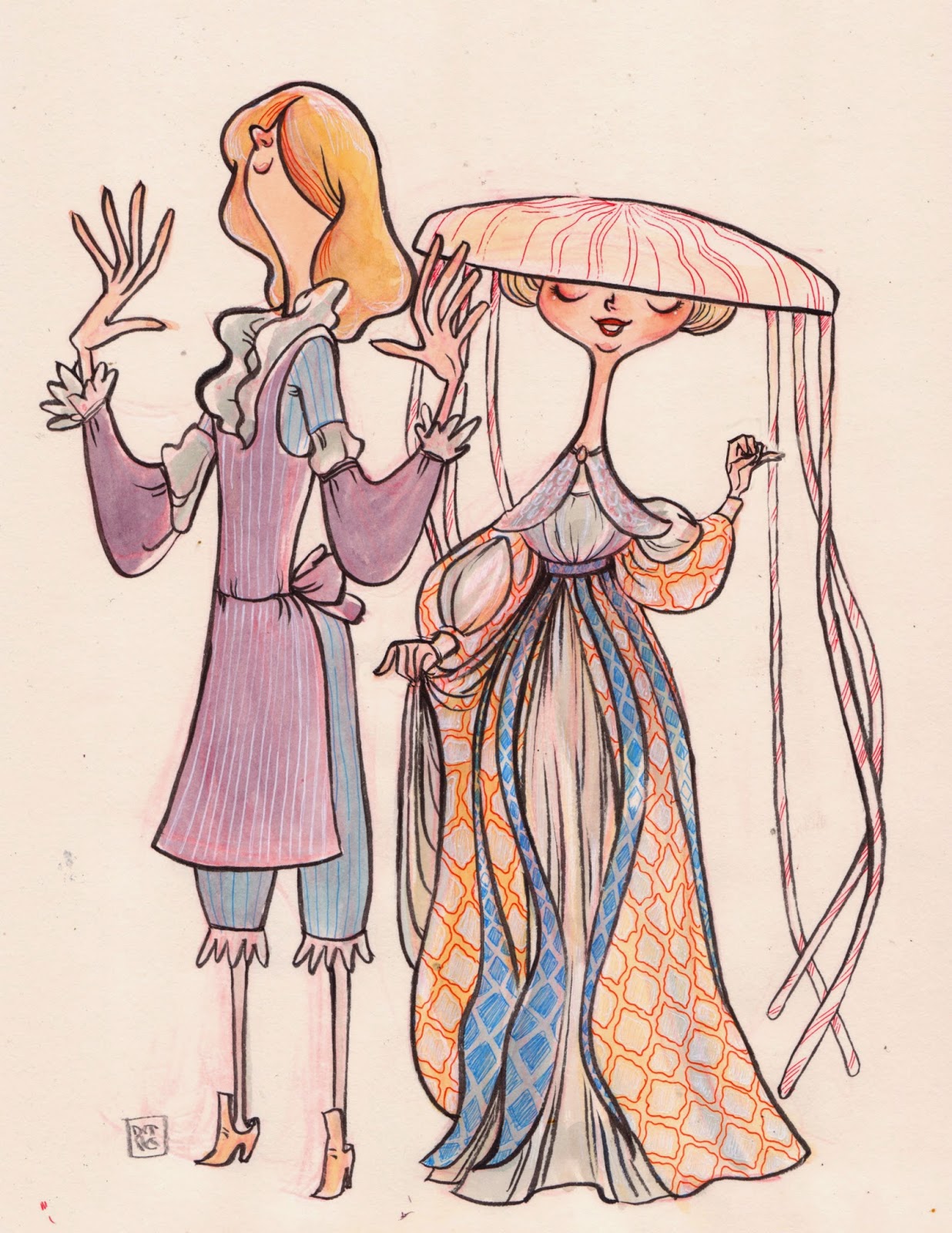 Remember when I told you you could come up with characters for the next story of the Pirate Balthasar?
Okay so Kaguriakitsune - who previously had suggested an idea that brought to the creation of Nicoli and Long Overdue - has now proposed Circe's taylor and seamstress.

I think we ended up agreeing on a brother and sister duo of gigantic artistic proportions - they would Pifo's best friend if they ever met. Personality wise I have a feeling Euryalo is not the kind that talks much but executes well. I also have a feeling he is the kind of guy who pretends not to look but every now and then flips the fringe up and peeks at people.

As for Medusa she looks very dainty and unaffected by her surroundings. Much lost in her own thought, probably talks to herself a lot too

I think I'm really gonna like these too. Medusa seems like a nice girl who everyone likes and keeps to herself while Euryalo seems sassy and awesome. Looking forward to meet you guys!