These are some of the pages from the Sketchbook I brought to China. I left out the ones full of tickets, leaves and packaging and short diaries.
You will see the statistics though as I always keep them when I travel around and make travelling journals. 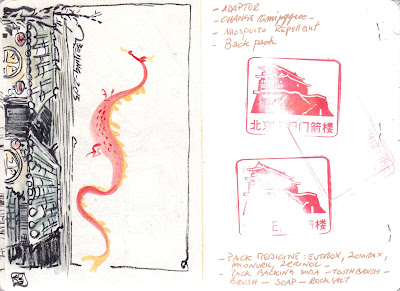 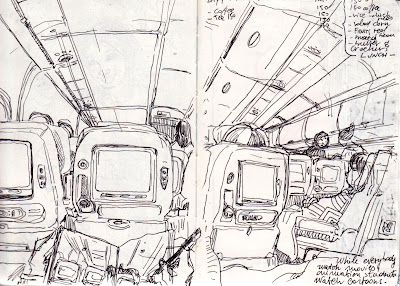 Lots of security in Beijing due to the upcoming Victory Parade. 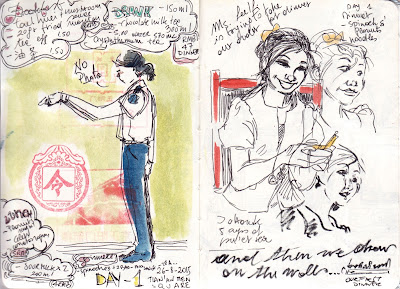 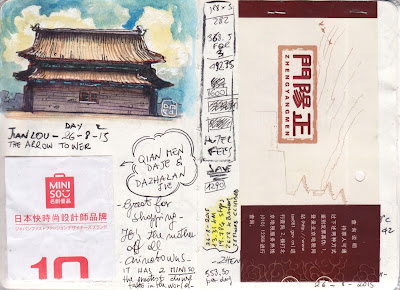 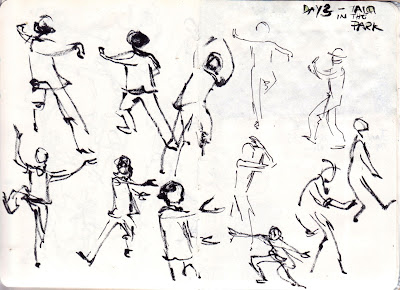 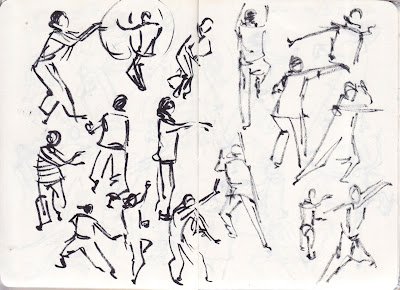 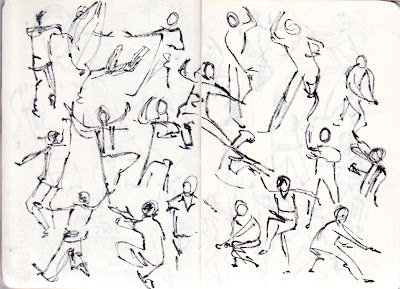 The actual Temple of Heaven 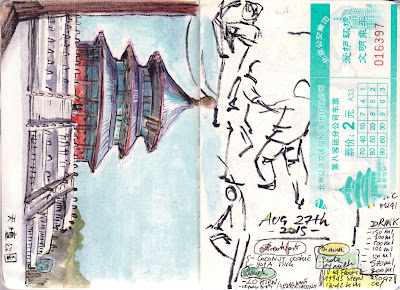 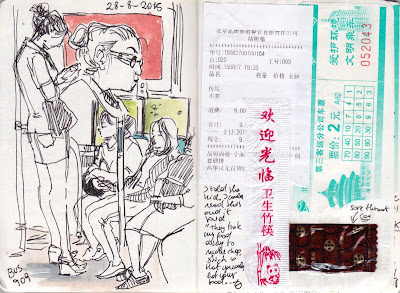 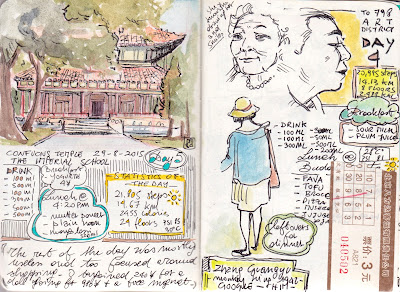 The Summer Palace, this pavilion is where the dowager empress Ci Xi would  go with her lovers... in short it's her "paradise". 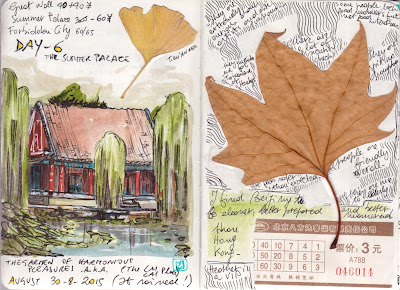 The Lama Temple was too beautiful
One thing I realized right away is that it is impossible to draw China, you can only capture an impression of it but the details are so complex that you cannot catch them all. 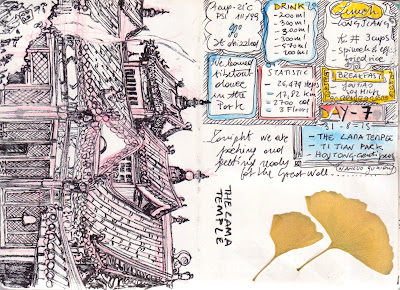 There are no diapers in China, kids go around bottomless. The Great Wall of China was another thing impossible to draw. 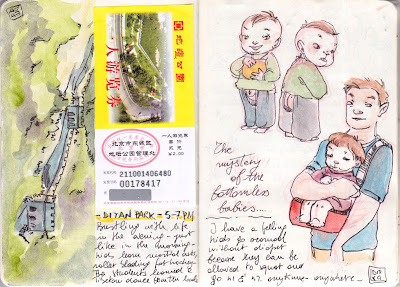 This is the hostel/family stay in Badaling, we were close to the abandone village or Cha Dao so we went on to sketch a horror/ghost story. 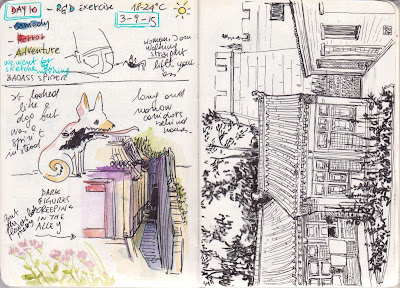 This is where I realized that the floral decoration in the architecture came from the grass planted in front of the houses. 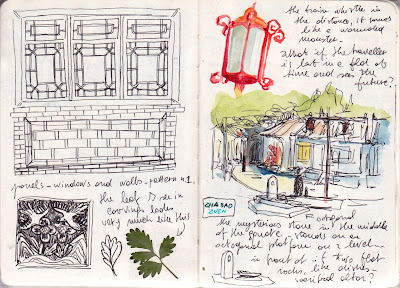 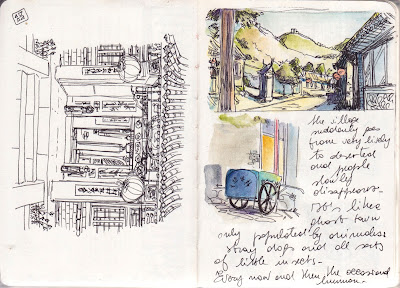 Some fun facts about China. I am not posting here the page commenting on the taste of scorpions, spiders, locusts and centipede though because it's just silly.
We decided to create a rubric to grade fairly the spitting champions.
And because it was very hot a lot of man rolled up their shirt and went around like happy buddhas. 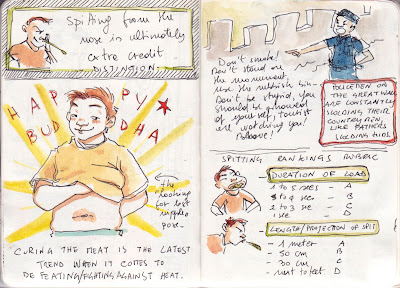 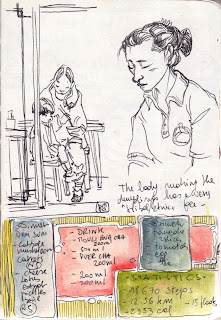 The Forbidden city - it was difficult to draw here. When people see you draw they crowd around you and want to take pictures with you and they really lean over you and in the Forbidden City there is a huge crowd so there's very little room to draw in some areas.
Also it was huge and we were "kicked out" - it was closing time - before we could finish exploring the whole thing. 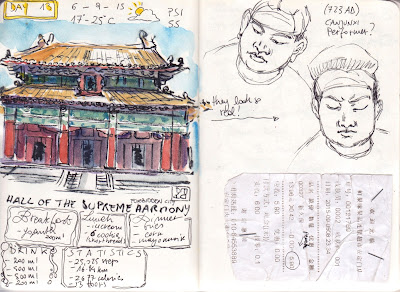 The national Museum was free. Ceramics were the best, little animals and people statuettes show that the ancient civilizations are still the best character designers ever. 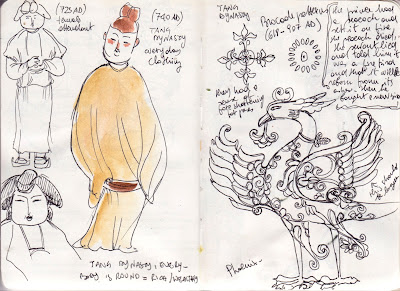 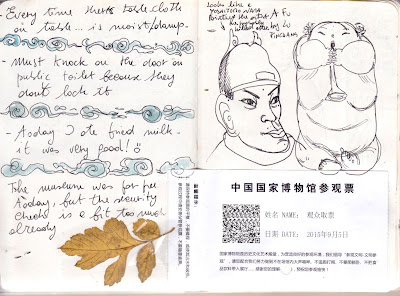